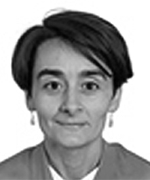 She is Directress of various national Projects about International Trade Lawand Immigration Law and Policy. She has obtained a prize in 2006 in appreciation of researches and activities rendered in relation with the immigration in the Autonomous Community of Andalucía (Spain). She has organised and participated in the scientific comity of an important number of Congresses, that has taken place not only at the University of Jaen but also in other countries.

She is also Directress of an editorial Collection since 2010. She participates in the European Research Network in the field of private international law, civil law and civil procedure. Finally, she has obtained two mentions in appreciation of the quality of her publication by the Spanish competent National Agency.