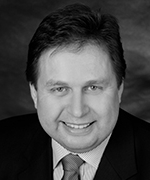 Academic Director Dr. iur. Dr. phil. Franz-Rudolf Herber is a German lawyer and philologist. At Friedrich-Alexander University Erlangen-Nuremberg he teaches inter alia road law, public service law, liability of public authorities and cross-curriculum interrelations between law and language as well as between law and literature. He disposes of great international experience in international negotiations that he acquired during his long-standing occupation in the German Ministry of Transport. His strong personal belief is that the transport sector is universal and overriding borders. Franz-Rudolf Herber is the editor of a compendium on German road law and the editor of a collection of German and European rules on road traffic law. He is publishing in German language and English language; furthermore, he is publishing in Latin language that is not bound to the borders of a particular country. His political vision is that all people are equal and that the protection of nature is a universe responsibility