According to Webster’s Dictionary the definition of conspiracy theory is “a theory that explains an event or set of circumstances as the result of a secret plot by usually powerful conspirators.[1]

The human being is always avid to get the right information and explanations about the surrounding events and unknown. Despite non-stop studying, thinking and, setting up experiments to find the answers to our questions, some of these questions may remain unanswered for centuries. Absence of a clear explanation makes people to start think and come up with different theories based on their level of education, understanding and beliefs. Some theories are helpful in moving science forward in order to solve the problems and some theories may act in opposite direction, hindering scientific advancement.

None of us have any problem with theories that move science forward. Those theories that are tested in the lab and confirmed as valid should not have much controversy. For example, 5 times 5 is always 25 and you can prove it with multiple methods. We will not have any controversy for that.

The COVID-19 pandemic is one of the worst events in the 21st century that has had significant social, economic and personal health impacts. This virus [SARS-2] was new, contagious and killed more than half a million people just in USA in one year. Many questions came up and the unknown, was significantly more than the known. Scientists all over the world started to study the virus, the life cycle, pathogenicity and eventually preventive and therapeutic options. Every simple step that answered one question, produced many more unanswered questions. [2]

The mismatch between science’s speed to answer the questions and the number of the unknown, made the field open and ready for giving birth to the conspiracy theory. Those theories, most of the time are theories or thoughts that come out of people minds justifying or explain event base. On the other hand, you always will find some theories that follow secondary gain. Those theories may start as a simple rumor and some of them may become viral in the specific societies. The common denominator of those conspiracy theories is the lack of solid scientific backbone.

It has been more than a year since the first case of COVID-19 was reported in China. We have developed vaccines to prevent death and severe cases of that disease. Over the centuries, people always disagreed about using vaccines in treating or preventing the disease. All of us have heard the stories about measles, polio, the diphtheria and many other vaccines.

Since the COVID-19 vaccine came to the market, it too brought many stories and theories along with it. Some of the famous ones are very interesting and I am always amazed to see how the theory developed. You have heard this one; that with receiving the vaccine, Bill Gates, Microsoft owner or the government, will implant a microchip in your body and able to control you. It seems during the process of vaccine development, Bill and Melinda Gates foundation and MIT researcher were thinking about adding an invisible ink to be able to keep track of who’s been vaccinated in underserved areas with no medical record. This conversation did not move further than that point, but with a small tweak, this proposal turned to a strong rumor which spread out in the society very fast. [3] Needless to say, these days, with carrying a cell phone, our data and all our movements and information, are recorded somewhere on the Web, so there is really no need to put the microchip in our body, while we willingly carry a mega chip [smartphone] with ourselves everywhere and all the time.

Another theory was with using mRNA vaccine, our DNA will change and who knows, what is going to happen to us in future. If anybody knows and has read the cell cycle, one realizes that the function of mRNA and the changing of DNA are two separate processes. This theory sounds very scientific and people believe it due to using some terminology that is interesting and is full of mystery.

The last one that I thought is very funny and interesting, is the vaccine decreases the size of male genitalia. Whoever came up with this theory targeted a very sensitive topic. This is a very popular subject to convince people to be on your side of the story.  The annual amount of money that is spent in research for erectile dysfunction and size of the male genitalia, is much more than funding for Alzheimer’s disease. [4]

With advancing technology and social media, spreading of conspiracy theories is easier than ever. It is not always easy to quickly identify the secondary motive of a conspiracy theory in on the Web or social media. There is a trend that whatever we see in social media is a fact- and this is sometimes true, so it is hard to differentiate which theory is fact and which one is fiction. Underlying mistrust of officials make those conspiracy theories more believable. [5]

Conspiracy theories have been and will continue to be in our world around us. Centuries after centuries, when humans did not find the truth, they came up with myths. Our duty as a member of our society is to listen those theories, check and test them with science and only follow the facts that have solid scientific backbone. 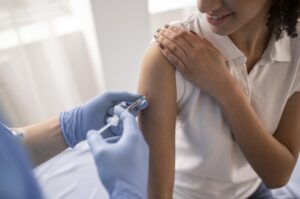 The COVID Vaccine – What should you expect? 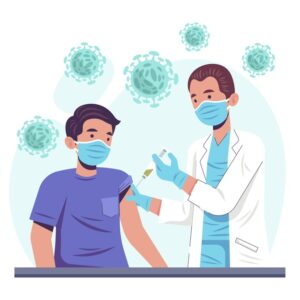 WHAT IS A VACCINE? 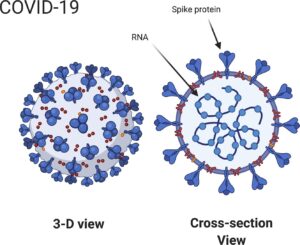 Why do diﬀerent COVID-19 vaccines have diﬀerent storage temperatures?